ANOTHER BRICK IN THE WALL

The approach of ‘Another brick in the wall’ is out of the box in the box. The already developed urban plan for the sphinx area is very rigid in many matters. So instead of completely redesigning the master plan we made incisions within the orthogonal plan. These cut outs are based on a tracing of the pedestrian flows through the plan. Though we seriously understand the decision for Berlage like courtyards, we think the scale of the blocks is too massive in relation to the old city. Therefore we introduced an extra scale or so to say an ornamental layer which relates to the old city. This woven non orthogonal grid creates potentials instead of excluding them. 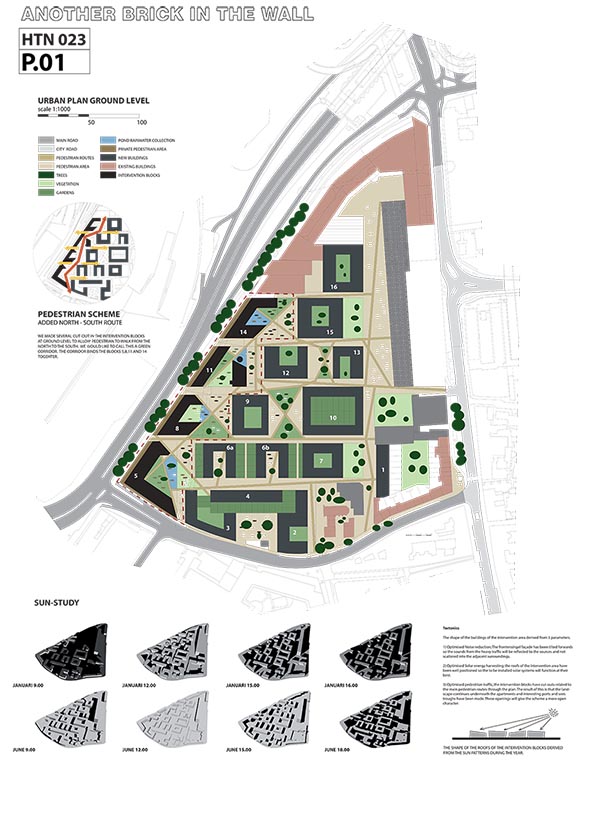 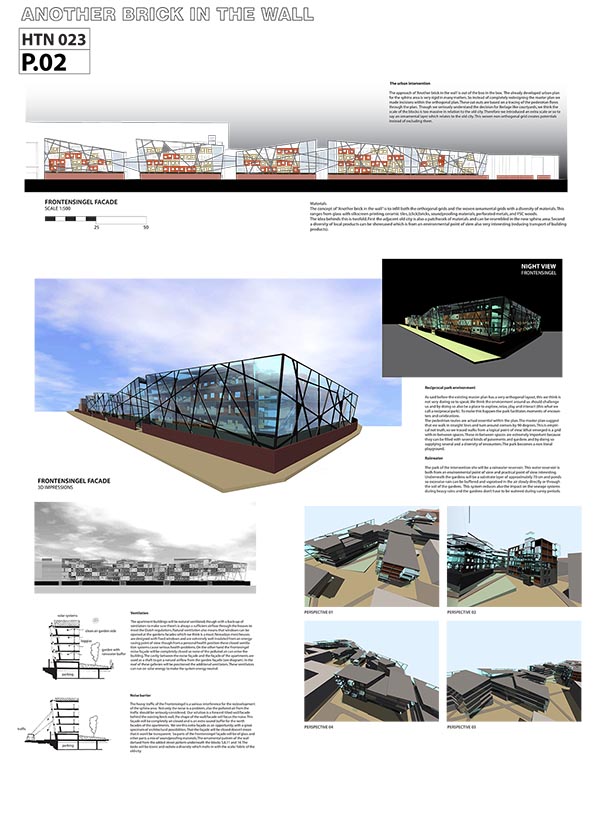 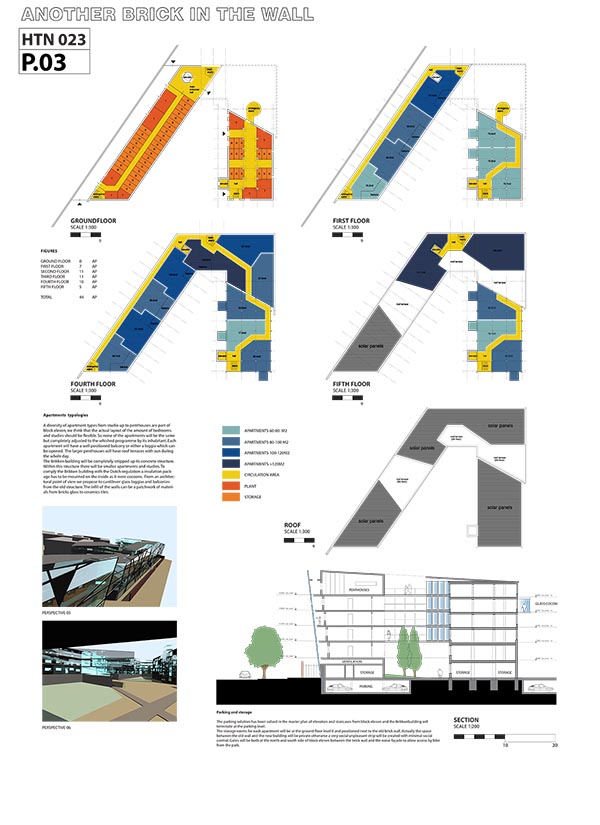